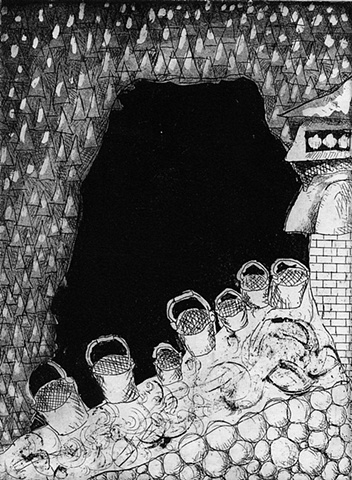 Around 1915, my grandmother’s sister, Mariam, was married with a small daughter. Her husband was among the Armenian men who were rounded up and taken to prison. Relatives were responsible for bringing food to the prisoners. Every day at lunchtime, Mariam and her daughter would bring a pail of food and leave it with the guards. After a period of time spent doing this every day, they discovered that he had never been in prison. He and the others had immediately been taken to the outskirts of town and murdered. The same story is told by my grandfather’s stepbrother. (My grandfather was already in the USA). Hagop was a young child when his father was arrested in Malatya. Every day, he and his mother would take a pail of food and leave it with the guards. One day, Hagop noticed that the guard threw the pail over the wall, into the river. By this they knew that Kevork Motian, my great grandfather, was dead. Both my grandmother’s and my grandfather’s families were from Malatya, Turkey. But the families did not know each other before they came to the USA.